Dolphins live extensively in the shallow seas near the continental shelves of the world’s oceans. If you go out a lot. You can often see dolphins in the sea. Dolphins usually like to live in groups, not fish, squid, etc. Their body is spindle-shaped. Their skin is smooth and hairless and their bodies are vigorous and flexible. In addition, they are good at jumping and diving.

Dolphins are one of the most intelligent animal families. The brain of all kinds is complex and has a good memory. It can learn many actions under human training. It not only has a docile and friendly but also lively and active character. Which is universally loved by people all over the world. So it also became a mascot.

The dolphin is a kind animal by nature. According to the legend, the kind of dolphins will save people who fall into the water while they are also brave to fight against sharks. Dolphins are very lovely animals in the vast sea. They are free. And dolphins are often known as the guardians of love spirits, very docile. It is indispensable in all kinds of tourism. So dolphins as mascots are often carried by people when they go out, especially to sea or sailors. Because they have auspicious, peaceful implications. 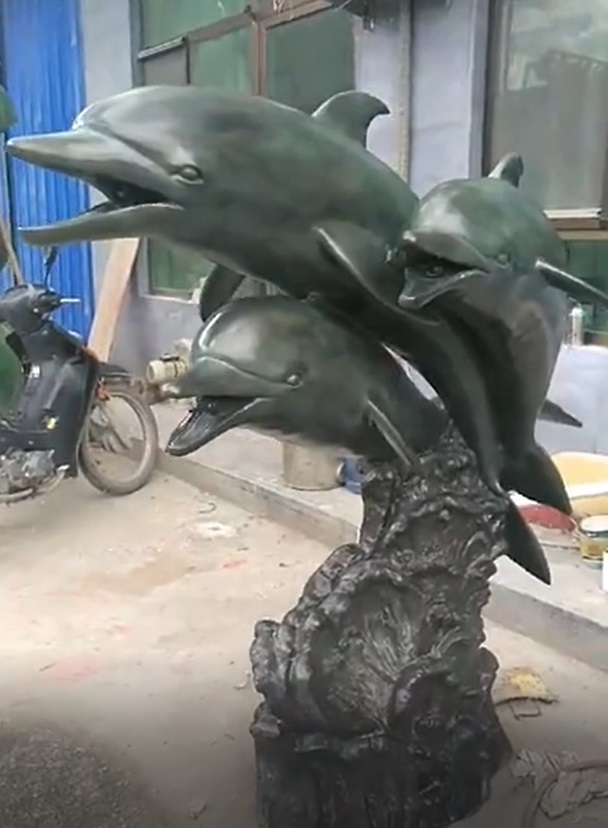 Where are dolphins as mascots usually placed? 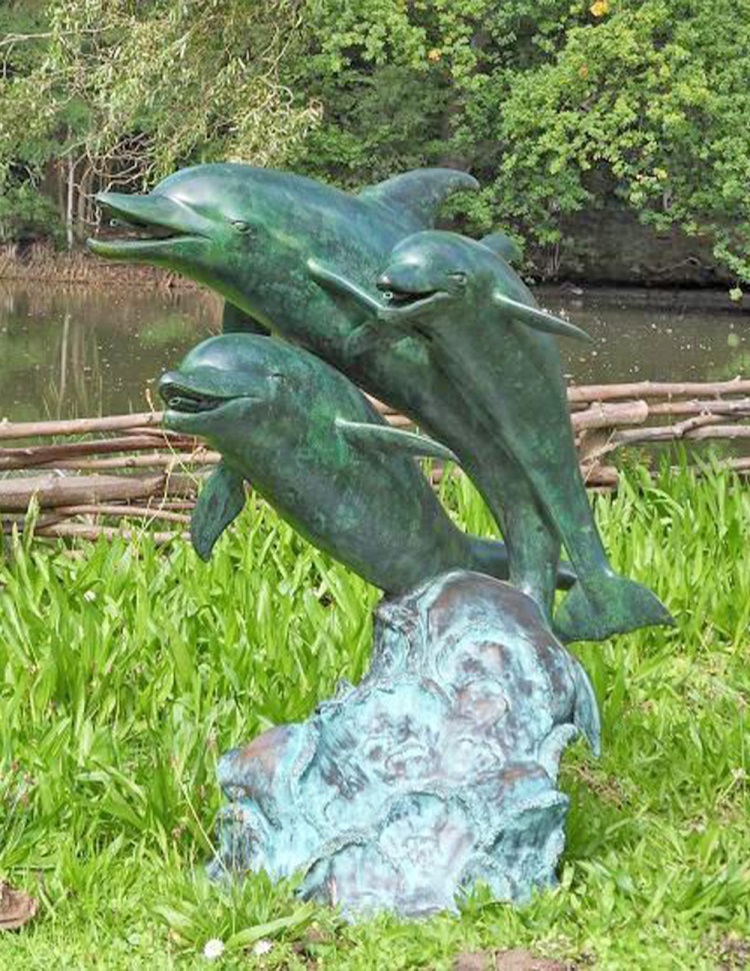 1. In the mall lobby. The high-end atmosphere decoration is equipped with very delicate ornaments, which improves the overall grade and the style of the shopping mall.
2. In hotels and clubs. Dolphins are relatively elegant animals, so dolphin sculptures as mascots can better reflect the grade of the hotel. The whole hotel pattern to improve.
3. In the garden landscape. Each landscape-placed sculpture has a certain meaning, dolphin sculpture to tell you visual enjoyment.
4. In square water center. Dolphins are often made into fountains, and watching the sculpture of dolphins surrounded by water is not at all out of place. Just like watching dolphins playing in the water. It not only gives you a kind of relaxed and happy feeling but also is very beautiful.
5. In the aquarium. The most common dolphins as mascots we see are probably found in aquariums. A large, figurative sculpture of a dolphin at the entrance is often the hallmark of the aquarium.
6. In the swimming pool. Some swimming pools often display a sculpture of a dolphin, which attracts more people to go to the pool to play with the baby dolphins. If the big pool if there is no food to the words to pour also appears very monotonous. A cute sculpture of a dolphin will make the whole pool look a little more lively.

Of course, choose what kind of dolphins as mascots, what size sculpture. These need to be based on the space you want to decorate the choice. Aongking Sculpture has a wide variety of dolphin sculptures to choose from, whether you want a large size or a small size we can meet your needs. We will also provide you with good opinions and suggestions according to your space location.

An old legend about dolphins

Dolphins are very kind. In ancient Greece, there is a story about a dolphin rescuing a drowning man. Once a famous Greek lyric and musician, Arion, took part in a music contest held by a rich Italian merchant and won a huge prize. He carried the wealth back to Corinth in Greece by ship. But on the way to arouse the envy of the crew, to kill him. Before he died, he asked to play a song again. The beautiful music attracted a large group of dolphins. Arion jumped into the sea, and the dolphins put him on the body and swam to a safe place. This story shows that the relationship between humans and dolphins was quite good in ancient times.

Dolphin symbolizes the patron saint of love, there is a very beautiful legend. Long ago, the son of a god violated a sacred taboo and fell in love with a girl on earth. To escape punishment, the two men traveled to the ends of the earth. At last, the fairy queen of the forest took pity on their situation and gave them a pair of spiritual copper rings, which could bless them safely across the sea. But the god of envy found out the secret of the ring, took it away. And threw it into the sea. They are about to turn into foam. This love touched the kind of dolphin. It leaped out of the sea with the brass ring in it. Restoring the lovers to the blessing of the Elven Queen. And the whole beach suddenly turned a happy pink, and the dolphin has since become the patron saint of love.

You can buy one of our dolphins as mascots for your girlfriend or wife, wishing you long-lasting love. 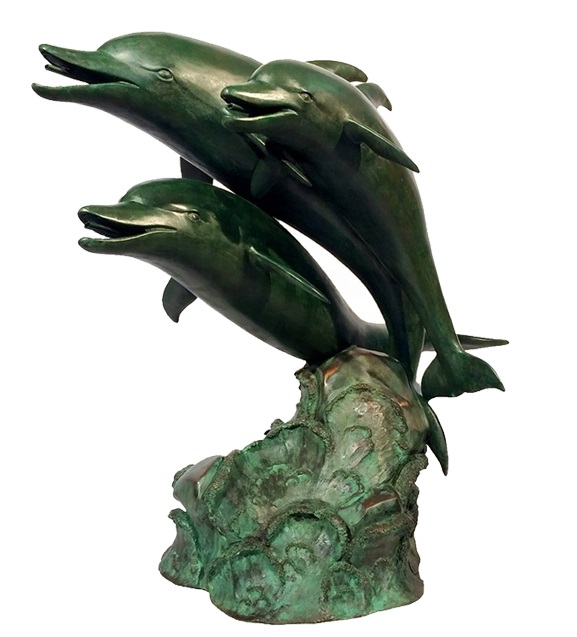 Mascots are images that people create by combining emotional desires with real things. Just as the dolphin is a mascot to the sailor. There are many mascots like the dolphin. Like the Merlion, It is a mythical creature with a lion’s head and the body of a fish that is widely used as a mascot and national personification of Singapore. Merlion Park is a famous Singapore landmark and a major tourist attraction.

The mascot represents a kind of good meaning and can bring you more luck. More on the animal mascots at Aongking sculpture. We are looking forward to hearing from you. 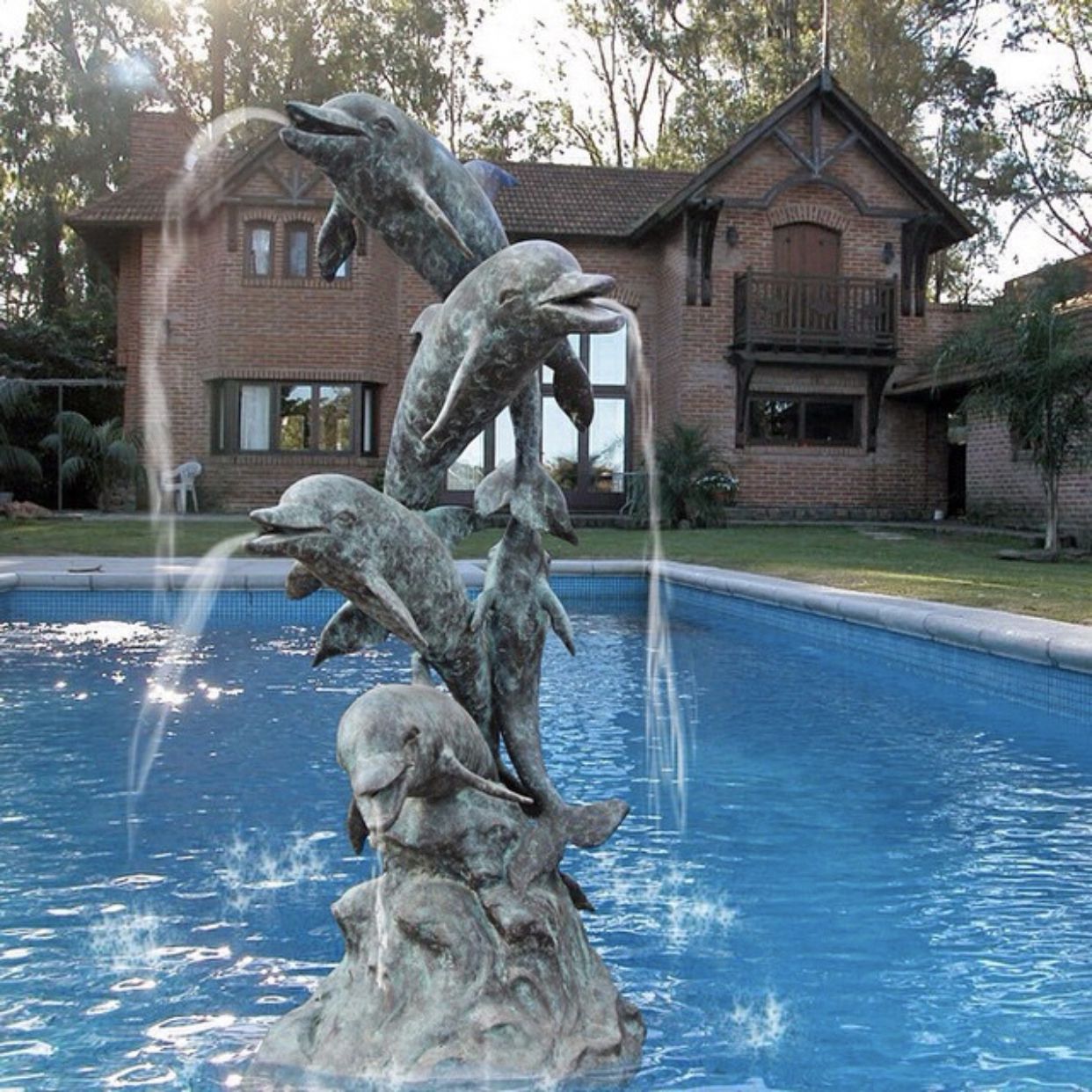 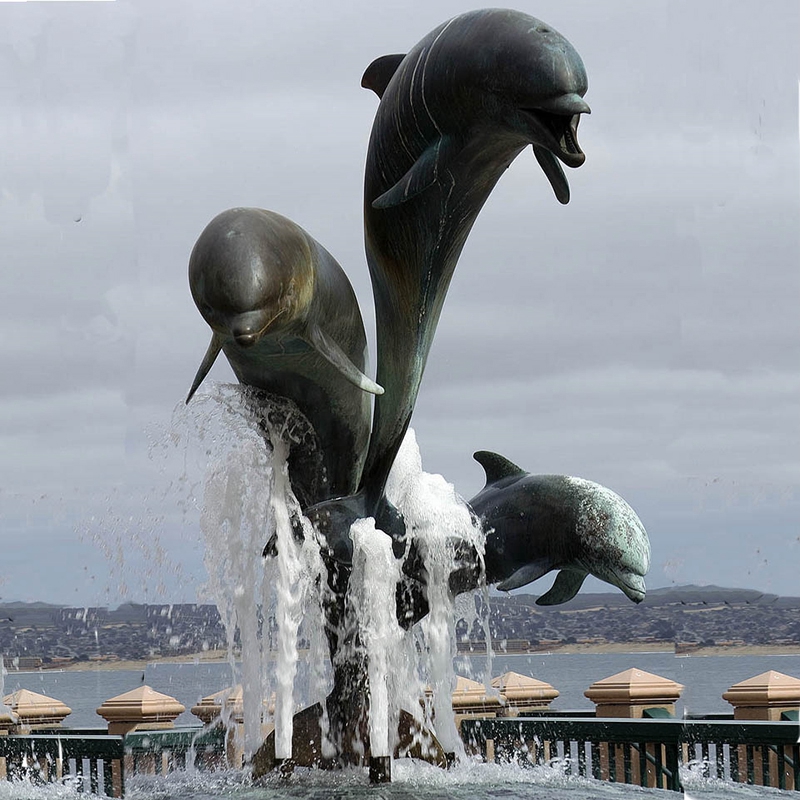 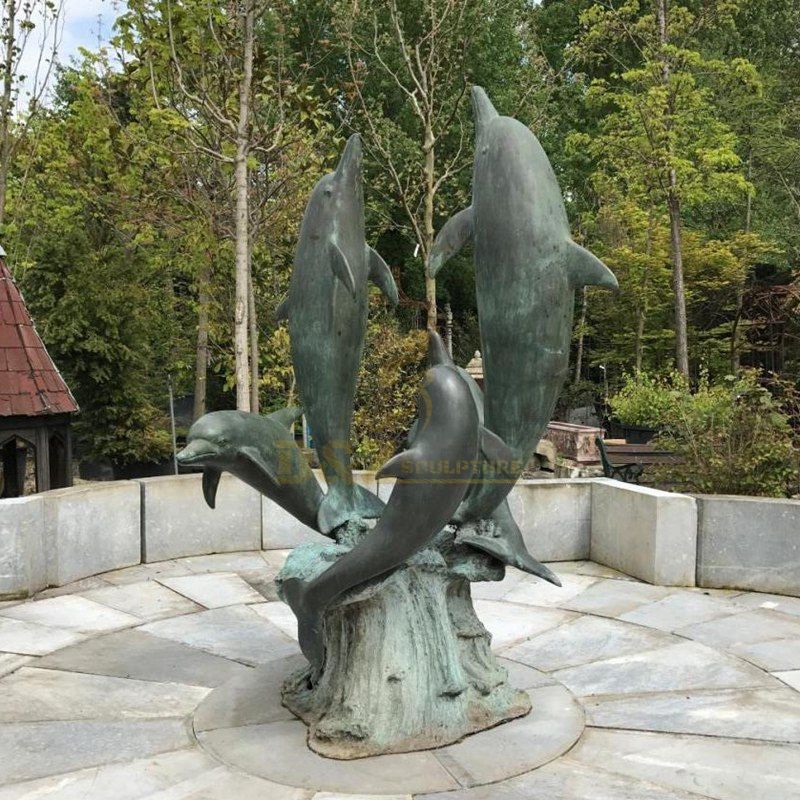 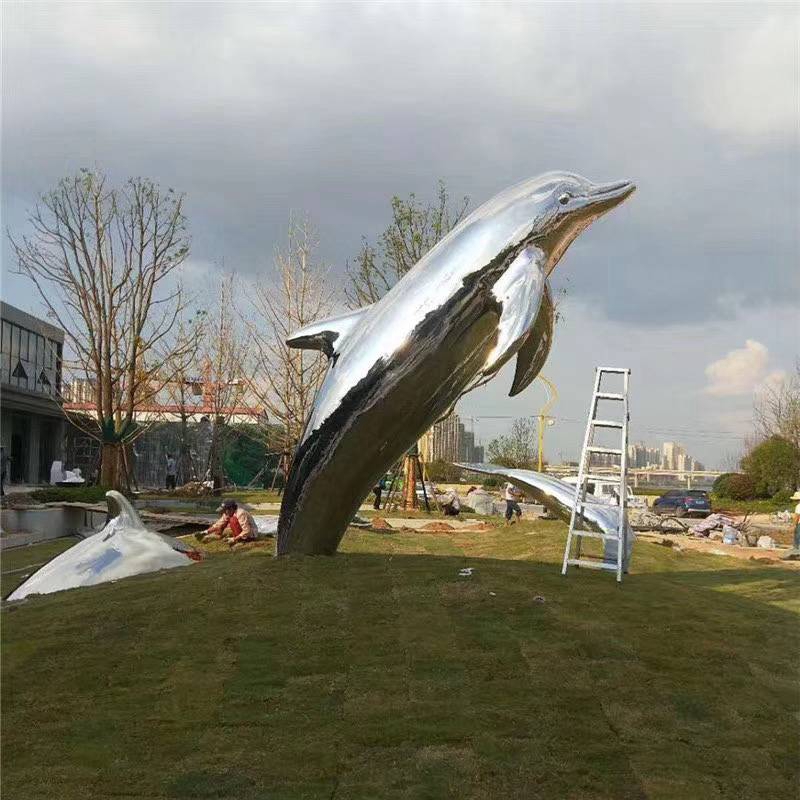