What does the wolf symbolize in life? What is the connection with the wolf garden statue? 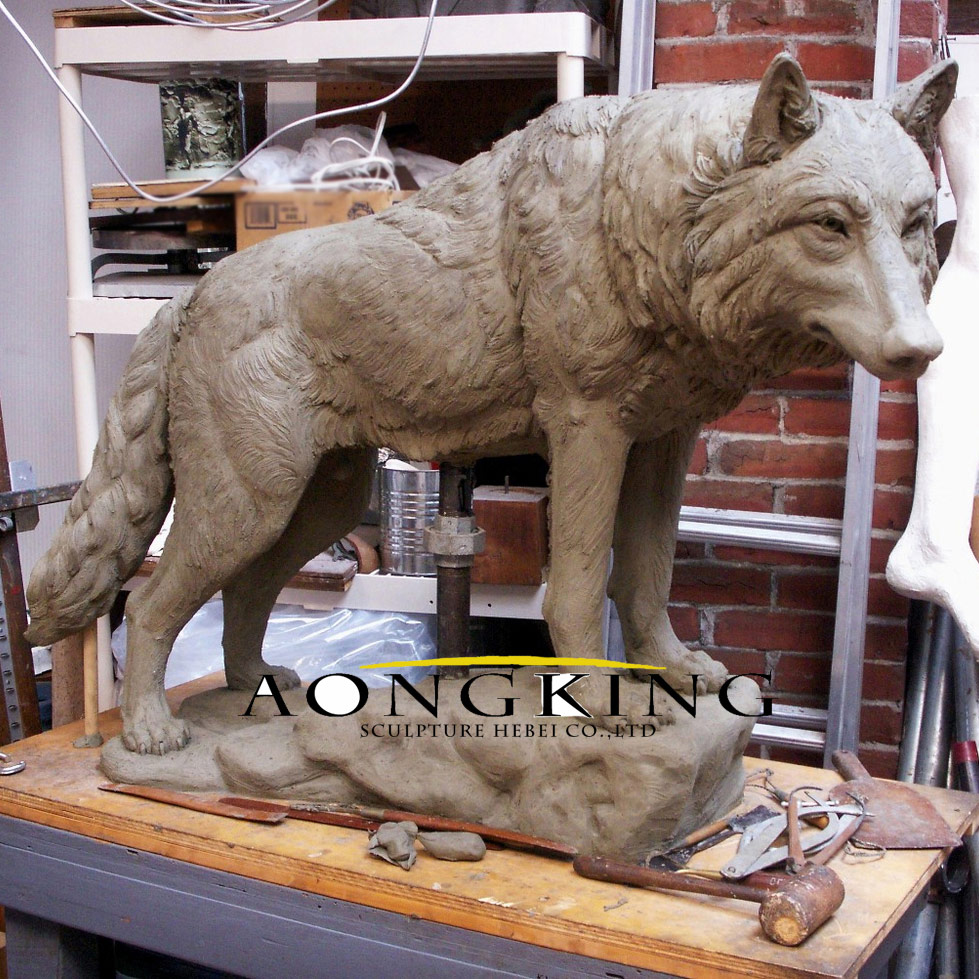 The wolf is a very fierce animal, an animal we dare not approach. But in real life, we hear people say, “You look like a wolf.” So what does the wolf mean, and what does it represent? The wolf is generally implied by people as cunning, cunning, fierce creatures. The symbolism of wolves includes wolf culture, teamwork ability, and being good at catching opportunities. The so-called nature of the wolf is where there is meat that can smell far away, once smell the smell of meat will be desperate, go forward. When we say “you are like a wolf” we mean that the person has the characteristics of a wolf.

Wolves have a keen sense of smell and are good at spotting opportunities. Pretenders are often described as the eyes of wolves. In business, from the development of the industry to the formulation of strategy, from price changes to the movement of competitors. All the time, they need the wolf’s character of being all eyes and all ears.

Wolves are aggressive, and never say die. When a wolf attacks a sheep, it usually bites hard and does not give up easily. And the wolf is not to kill a full belly, but in the shortest time, as many as can be put down. This aggressive greedy, and persistent spirit also reflects the desperate mentality of many enterprises in order to survive. So now many companies will put a wolf garden statue at the door so that the company’s employees are learning the spirit of the wolf.

The most important thing about wolves is their team spirit. They are very united, the whole pack is advancing together and retreating together. Although wolves sometimes move alone, they are the most united of animals, and you will not find one Wolf running away alone when another is wounded. Wolves are also very kind animals. They will not hurt innocent animals just because of their strength. The wolf itself is a very ferocious animal, we should be at a respectful distance from it. But there are qualities we can learn from wolves. More and more wolf statues appear in our vision. A nice-looking wolf garden statue is not only a great ornament but also a great specimen to study. 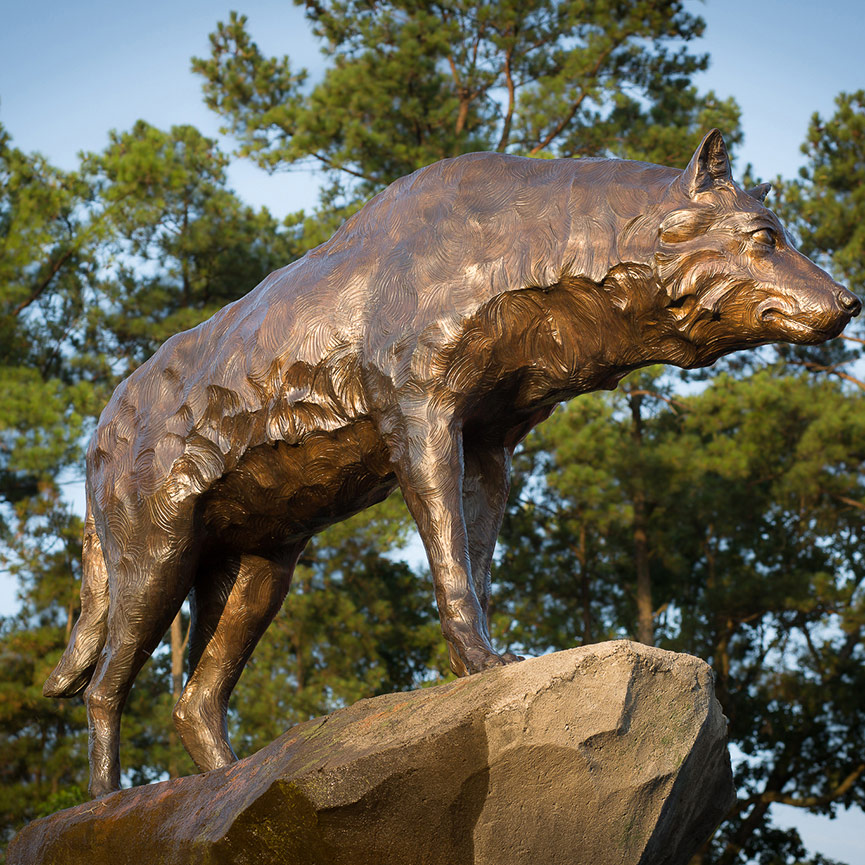 Why is the wolf a mascot? 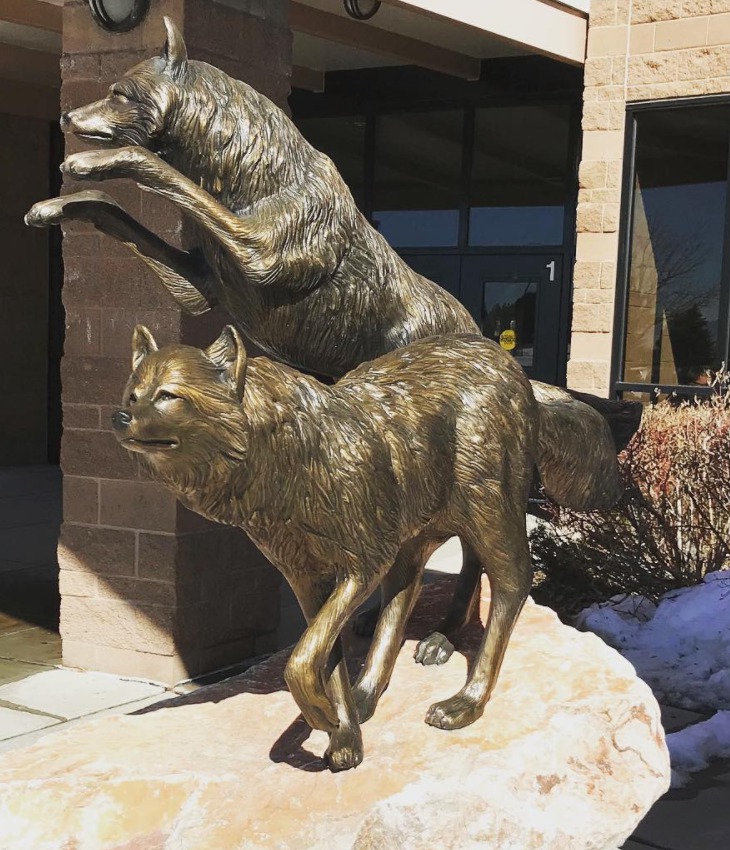 Humans are good at using metaphors, and they are especially fond of using animals as metaphors. Of all the animals, the wolf is undoubtedly one of the most commonly used as a metaphor. As a culture welcomed by many enterprises, “wolf culture” has become a hot word in enterprises in recent years. In the cause of struggle to emphasize the dare to fight. In internal management, it emphasizes obedience to the collective. “Wolf culture” on the one hand provides an important impetus for the development of enterprises. On the other hand, it is also controversial because it often constitutes physical and mental oppression of employees. In the process of becoming a kind of commercial totem, it seems that our understanding of wolves has also come to focus on their fierce and unifying side.

Wolves have three characteristics: first of all, the wolf has a keen sense of smell. In addition, the indomitable, regardless of personal danger Seiko’s spirit. What’s more, the consciousness of group struggle. The three characteristics of a wolf are exactly the qualities most needed in an enterprise. Each employee has to nurture new employees the way wolves care for their pups. The bravery, ferocity, and unity of wolves are summarized as the essence of “wolf culture”, and these characteristics of wolves are also strengthened by the introduction of this word. No wonder, as soon as “wolf culture” comes out in this mysterious business world, enterprises start to respond in large groups. 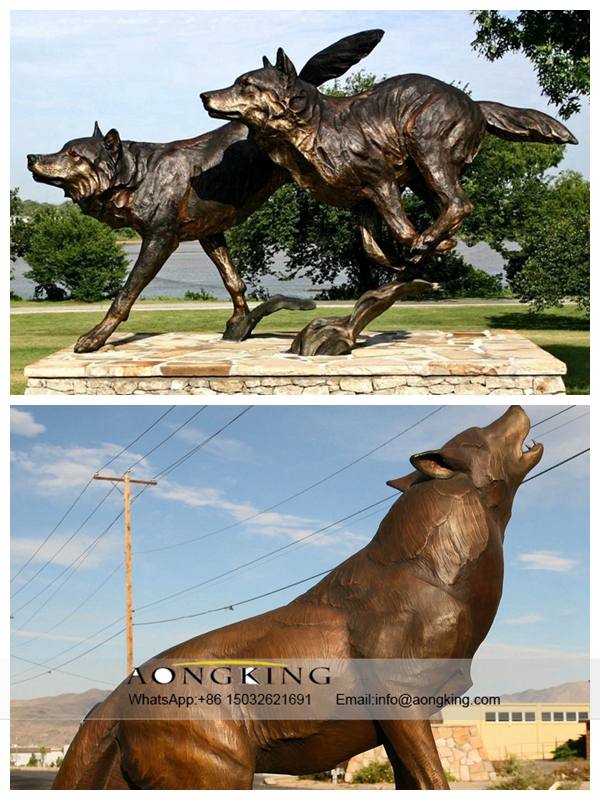 We have many years of casting experience, so our sculptures are very realistic, very popular with customers. There was a time when our wolf garden statues were so realistic that they frightened passers-by.

A wolf statue in front of a golf shop, 3000 meters to the north of a club area. Because it looks so lifelike, it often frightens passers-by. The shop’s owner Ms. Mayer said that because the new name of the golf shop contains the character of the wolf, but a wolf sculpture in front of the door just for publicity did not expect to scare passers-by.

Ms. Mayer loves the wolf statues. We installed our Wolf sculpture on the high ground not far from our golf course. Later, many guests claimed that her club’s name contained the word “Wolf”. To do better publicity. Ms. Mayer has commissioned two more wolf sculptures. Put a wolf statue in front of the club. The golden fur on the wolf was so real. Through the photos to find Aongking agent processing. When receiving the wolf sculpture, it looks like a real wolf. Many club members suspected it was a real wolf. The performance of the wolf garden statue is very good. It attracted a lot of passers-by. Let the club turnover increase not less.

A few days ago, a reporter traveled thousands of miles to visit here. In front of the store to see, two wolves more than one meter and a foreleg raised, the whole body covered with real wolf hair. The other, in silence, trotted forward. Its size and state are similar to the real wolf, if not carefully identified, very easily mistaken for the real wolf.

A member of the club Tomas said. One day, when he was passing by the front of his shop, he inadvertently turned his head and suddenly found a Wolf statue squatting in front of the door. The wolf, with its mouth closed, was smiling at him as if about to pounce. He ducked away in a cold sweat. As he stepped aside, he realized that the wolf was not coming. Looking back, it is only a wolf statue. It looks so real, the hair on its body moves when it blows in the wind. He made his owner, Ms. Mayer, laugh as she installed the sculpture nearby.

The wolf itself is a very fierce animal. We should be very afraid of wolves. But the spirit of wolves is really worth learning. You can’t bring in a real wolf for people to look at. At this point, a realistic wolf garden statue has become a very good choice. Put wolf sculptures in your garden, in front of the company, in the square. Let more people join the team to learn wolf culture. More wolf garden statues are waiting for you to choose from. We are looking forward to hearing from you.